She believes in self-expression and individuality. Pushing limits. Being theatrical. Thinking outside the square.

Elizabeth Surtees is a Melbourne based makeup artist by trade, who has naturally progressed into installation and exploratory concepts of Art.

Growing up in Tamworth, New South Wales, she was awarded an art scholarship before moving to Brisbane to study Technical Production at Queensland University of Technology.

Melbourne’s creative and chic lifestyle drew Elizabeth in, where she discovered makeup artistry. She completed her Diploma in Specialist Makeup at the Academy of Makeup in 2011 and has been freelancing ever since. Elizabeth’s diverse portfolio includes stage, film, fashion, editorial, music video clips, client, bridal and conceptual projects. Professionally Elizabeth has worked for Illamasqua and Scotty’s Makeup & Beauty.

Her career has seen her be part of an inclusive feature artist project, where she met with the founder of Illamasqua Julian Mark Kynaston in London. This venture saw Elizabeth promoted as a featured artist on the company’s website.

“Perceptions” was Elizabeth’s first solo exhibition, exploring artistic perception and emotive thought. This was held at No Vacancy Gallery in Melbourne CBD 2016.

Internationally, Elizabeth has worked with New Zealand’s next top model winner Danielle Hayes, featuring in Nexus Magazine and front-page of Whakatane News. During her time in the US, Elizabeth was the Head of Makeup for New York Fashion Week for Lamirrital in 2016

Her work is real. It is emotional and passionate, with layers of rhetoric in each intrinsic detail.

Elizabeth is currently working on her next body of work engaging political themes. 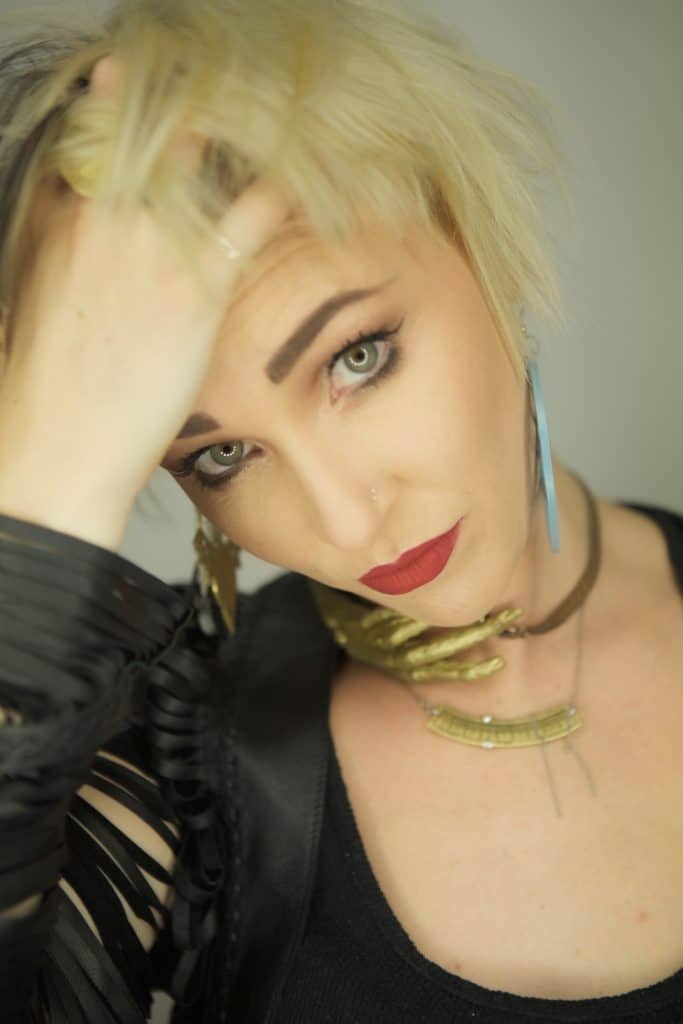